Soccer (aka Football) is among one of the most loved sports on Earth. The culture is filled with hundreds of thousands of players, teams, and leagues to participate in. The popularity of soccer has caused developers to create soccer games for the computer, consoles, and even your smart phone. The two main ways to play are either by being a manager that controls a team or being a player trying to score a goal. While there are good soccer games on the market, there are thousands of bad ones in the store too. This makes it hard to find a great soccer game since you have to sift through hundreds of pages. We’ve made it easier for you and compiled a list of the 10 best soccer games for Android.

When it comes to something different and unique, World Soccer League has it all. It may be a black sheep when it comes to soccer games but it’s better than a lot of them. The only other games that are more popular than this one are PES and FIFA.

This mobile game has over 120 teams to choose from, two thousand players, leaderboards, achievements, four game modes, and the ability to be played in 15 different languages. The full soccer games are as exciting as the ones that you see on tv or in real life.

If you’re into soccer games, don’t forget to check out our best PC game controllers for soccer games here.

The way that the game works is pretty simple even with the regular looking graphics and lag from time to time. The only con about this game is that you have to pay real life money in order to buy extra effects and costumes.

This is one of the mobile soccer games that will have you playing for hours on end just from how fun it is. It’s not something that people would call amazing but it’s good enough. There are a multitude of people who play this game and even more items in game to collect.

They’ve made it easy enough to learn how to control the players and start playing through their custom tutorials. The graphics are above average when it comes to being on a mobile device. Users will have a harder time when they get to the later stages of the game since you need to use real life money to get certain items.

This game will keep you busy even if it’s just for a short duration of time. It may not have the things that other soccer games have but it’s better than a handful of ones from the app store.

If you want something that’s more new then Rumble Stars is the mobile soccer game for you. This soccer game is played in an arcade style with insane abilities, animals, and bold graphics. You can customize your character and go into full detail on how they look and the clothes that they wear.

There’s a section in the game where you can watch streamers and professionals play the game or you can play against real people like yourself. This game has multiple different leagues that your team can take part in.

Another thing that Rumble Stars has that makes them unique is clubs. You can your friends can create a clan that plays with each other or against other people. This ties in with all of the competitive events that they host.

Unlike other soccer apps that you can play offline, this one requires you to have an internet connection since you’re going to be playing with other people. It’s a decent game where the graphics make you forget that you’re trying hard to beat the other person.

This is the game that is trying to overtake FIFA in the mobile game store right now. While it’s the second most popular sports game for mobile devices, fans say that it should be number one. This game has a tired of team building mechanics, local multiplayer, online multiplayer, controls, stunning graphics, and a lot more.

You have the option of using real life money to spend on your soccer players and other aspects of the game. If this game wasn’t freemium then it would definitely be on the top of the app store.

This soccer game is a lot different than the ones that you find in the app store. Even though you have to play It’s more for people who want to own their own soccer team than people who want to play soccer. It simulates what it would be like if you were a coach and had enough money to afford a soccer team.

The graphics are really bad but it’s not about the soccer players at all. You could compare the graphics to an old Nintendo game in the 90’s. Once you pick a team you can sell any of your players or buy more for your roster. You’ll then set up a strategy to try and beat the other team. There are plenty of tournaments, players, and divisions to play in.

You’ll see a team of stick figures kicking a pixel around until a team scores a point. The nostalgic and retro feel makes it great for old and new football fans alike. It costs less than $5 to own the whole game for a lifetime.

FIFA is undeniably the top soccer game for mobile devices. When it comes to game content, FIFA has the most out of any mobile soccer game ever made. It features great mechanics, detailed graphics, 550 teams worth of players to choose from, and a lot more.

The solo campaign mode is something that all soccer fans should try out. You choose a soccer player and follow them through their life journey of being a professional soccer player. If you’re not a fan of playing against robots or by yourself then you can try out their PvP gameplay. This is where you use one soccer player to go against someone else. One person kicks the soccer ball while the other tries to block it. You take turns alternating positions with each other until the time runs out or the person who reaches a certain amount of points wins.

Leagues are something that gamers and fans have always wanted added to the game. You and your friends or strangers all choose a team to control. The teams will then be put on a roster where they go against each other until two teams reach the semi finals. That’s when the remaining two teams duke it out to see who takes home the shining soccer trophy.

EA Sports aggresively markets their in game items for users to have an easier time playing the game. There’s also a section inside of the game that advertises their other sports game. It’s advised to have a password on your app store account so that you don’t accidently make an in game purchase.

Dream League Soccer 2019 may be on the top five best mobile soccer games ever made. The concept of the game is to make a team, have them gather enough experience to be good, beat other players, and take home the trophy.
Dream League has a full soccer field that you can play on, full length games, maximized teams, the ability to save, achievements for Google Play Games, and six divisions to choose from.

The leaderboards is what makes Dream League Soccer 2019 special. You have the option of seeing which one out of you and your friends is the best soccer player. The leaderboards have different categories to compete in so that multiple people can be number one. For example there’s a worldwide leaderboard that shows the rankings of everyone who plays the game. Show your dominance and see if you can reach the top of the leaderboards.

Even though it’s a freemium game you can customize your players like they were Sims characters. Advertisements won’t pop out at you every five minutes like other games do. The controls along with the graphics makes this game a must play if you’re a soccer fan.

This game was made the official soccer game of La Liga, Spain. It’s an arcade styled mobile soccer game where two people can play against each other. You have the option of going against a computer ai if you don’t have a friend to play with. A lot of fans and reviews have said that the game feels like pong in the best way possible.

Head Soccer La Liga 2019 has a special game mechanic where soccer players can have skills. These can be the windmill kick where you do a backflip into a kick or something simple like a sliding kick. Once you have gained enough experience from playing soccer matches, you can use the built up experience to upgrade your players skills.

The soccer players in the game come from teams in real life. Some notable things to do in this game are powering up your players, customize uniforms, and collect various items. It’s freemium powered like most of the other soccer games on the mobile market but is good enough to pass time with.

SEGA has made some of the most enjoyable games, with their most popular one being Sonic. They’ve created a soccer simulation game for smart phones that does not disappoint. Football Manager Mobile 2019 has been officially licensed for a lot of the big United States, South Korea, and European leagues.

They’ve constantly updated the game to make it as good as it is today. Even though you have to pay for the game, it lets you enjot the soccer experience without having to deal with any annoying ads. The concept of the game is you have to build a soccer team, win a certain amount of games, and compete in the big leagues for the championship.

New leagues, players, and things to do are always being added to the game. It’s not a surprise to see why Football Manager Mobile 2019 made it onto the list.

You don’t play full featured soccer games but you do play as a soccer player in a shootout. The arcade style lets you kick the soccer ball and try to make goals over and over again. As a kicker you have to make as many points as you can against the person defending the goal.

Final Kick 2019 has offline tournaments for people who want a solo experience. The online multiplayer is challenging as you go against random people around the world. They host a tournament every week for players to compete with each other. The prizes range from in game currency to new outfits and gear.

What makes the game great is how simple it is. It has easy controls and graphics that won’t disappoint you. You can spend hours playing in tournaments or just a few minutes kicking some goals. This makes it a fun and versatile game even though it’s freemium.

As you can see, there are multiple aspects when it comes to a mobile soccer game. You can choose an app that will let you be a professional soccer player or one where you control a team that wins tournaments. There are a few where you can play one on one against a goalie but those games are rare. Each of these mobile games has something that makes them stand out but all of them have soccer elements that any fan of soccer can see. 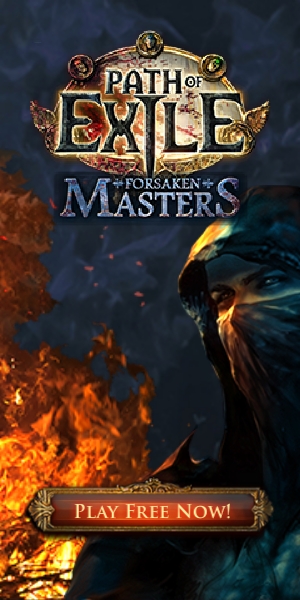 EA Closing A Large Number Of Multiplayer Servers Down Soon